The town is one of the major tourist attractions of Colombia, thanks to its peaceful nature (although it fills up with tourists at weekends and on bank holidays), impressive scenery, easy access to the Cocora Valley, and the retention of much of its original bahareque architecture typical of the Eje Cafetero region. This style of architecture is especially notable on Carrera 6, a.k.a. Calle Real (English: Royal Road), the road that leads north-east from the town square to a Mirador (look-out point), the Alto de la Cruz. The road is the major thoroughfare of Salento and contains many shops, mainly selling locally-made handcrafts.

The Alto de la Cruz is reached from the end of Calle Real via 250 steps marked with the fourteen Stations of the Cross spaced at intervals along the way. An alternative, less direct route to the Mirador by road avoids the steps. From the Mirador there are extensive views of the Cocora Valley and many of the mountains of the Los Nevados National Natural Park.

The restaurants, particularly those in the town square, specialize in freshwater trout (farmed locally further up the Cocora valley) cooked in a variety of sauces and served on a large patacon, a fritter of green plantain.

Salento is the starting point for excursions into the Cocora Valley and hiking in the Los Nevados National Natural Park: jeep taxis leave from the town square and travel 11 km up the valley to the settlement of "Cocora", from where the valley may be explored on foot or on horseback via numerous trails.

The town's festival takes place each year in the first week of January, to coincide with the celebrations of the anniversary of the town's foundation on 5 January. 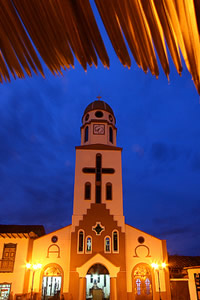 Imagine yourself being inside of a natural thermal water surrounded by mountains, forest and pure air. Take a break and hike to the Los Nevados national park to make this experience real.

We have carefully designed this amazing tour for those riders who want to explore Salento’s cultural heritage and be surprised by the beauty of Santa Rita waterfall. We will learn about the whole process to make the best coffee in… 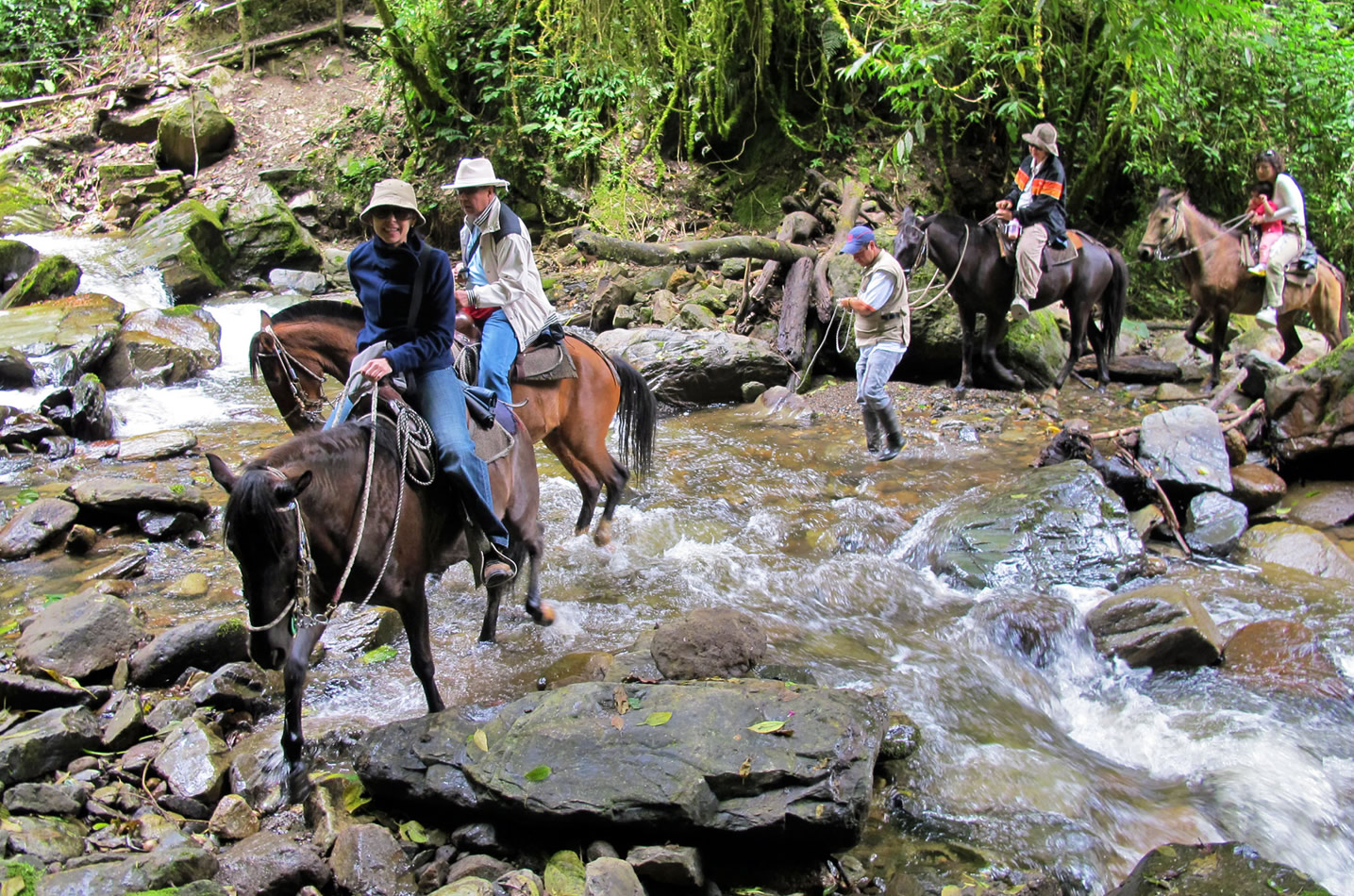 We have carefully designed this amazing tour for those visitors looking to explore Salento’s cultural heritage and the typical coffee farms by horse. Enjoy a cup of the best coffee in town. 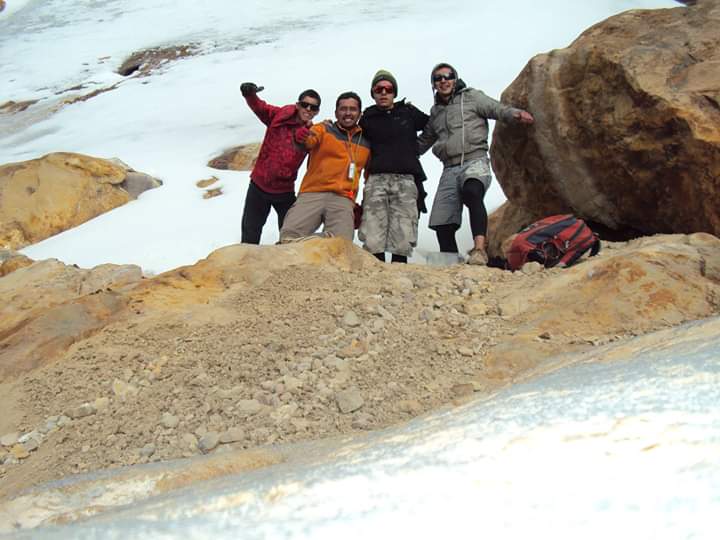 It is time to challenge yourself with this 3 days adventure, reaching 4850 meters to enjoy the majestic view from the Tolima snow edge. This is a perfect spot to get the best pictures of the trip.

Enjoy 3 days of natural experiences surrounded by the most beautiful landscapes, this hike will take you to the top of the Paramillo del Quindio located in the Nevados national park at 4750 meters over sea level. 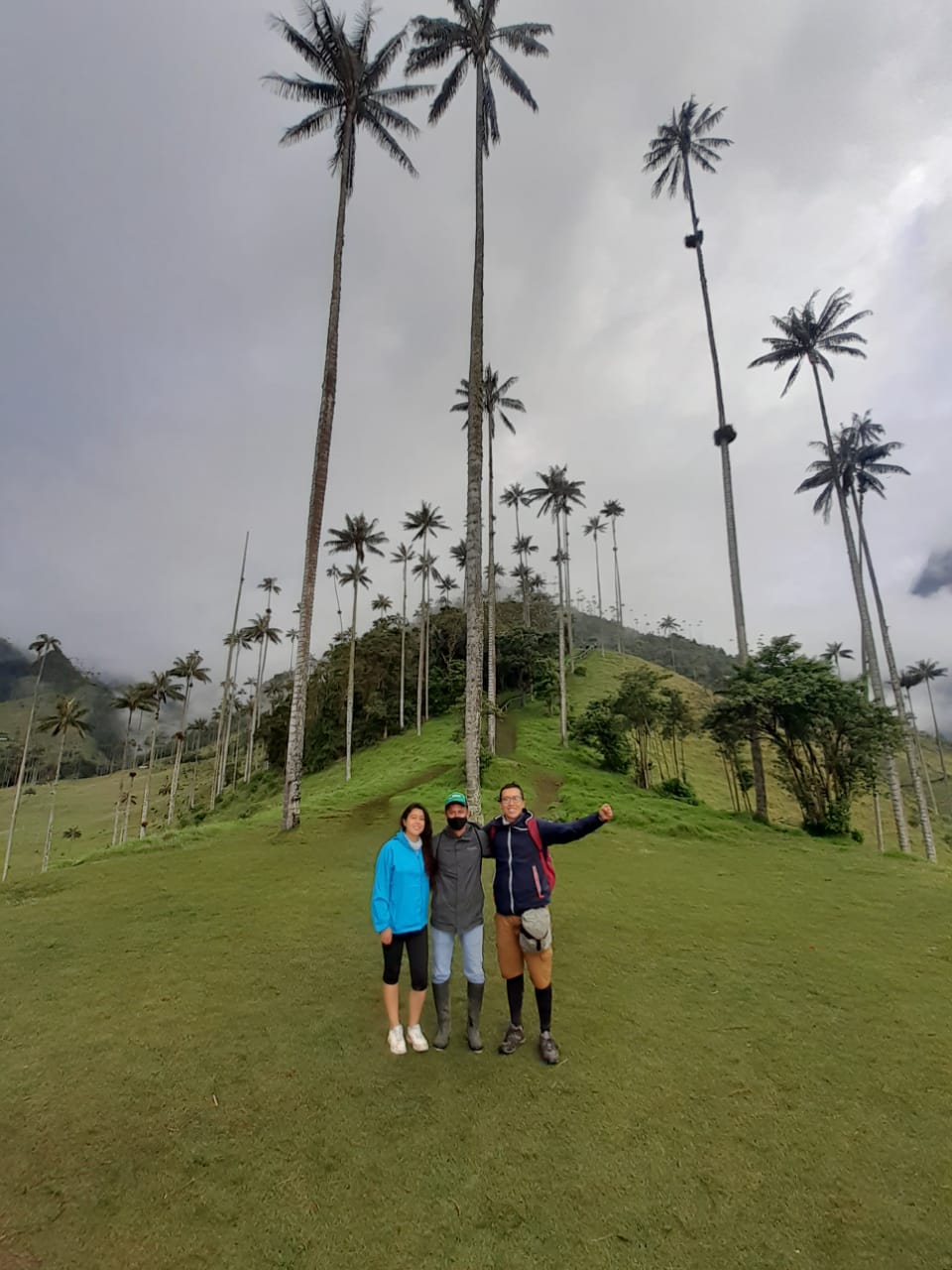 Visit the house of the World’s tallest wax palms, get immerse into the mystic “Bosque de Niebla” (Cloud Forest) keep an eye on the wide variety of flora and fauna and explore “Acaime” a natural reserve also called the house… 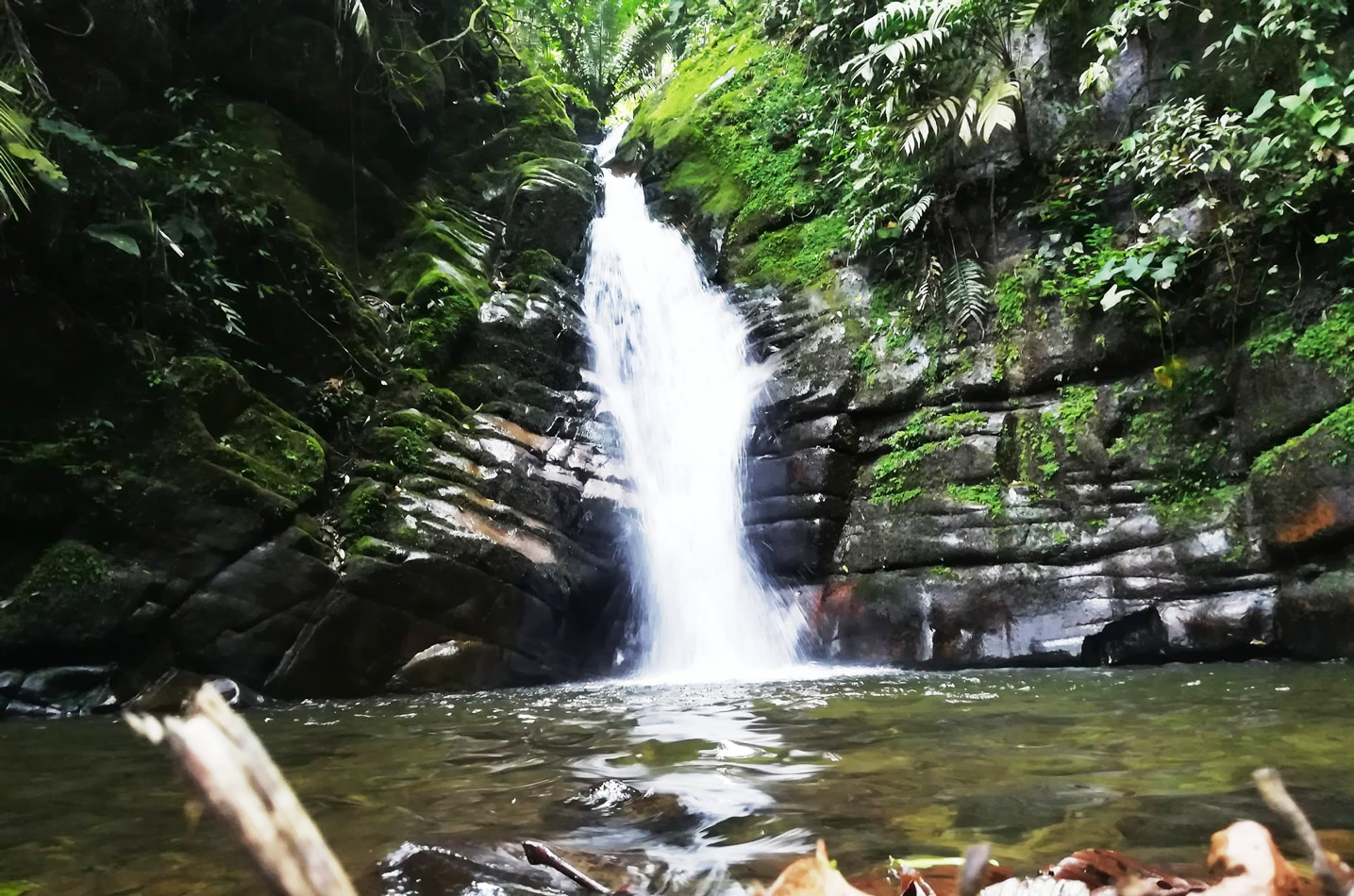 We have carefully designed this amazing tour for those hikers who want to explore Salento’s cultural heritage and be surprised by the beauty of Santa Rita waterfall. 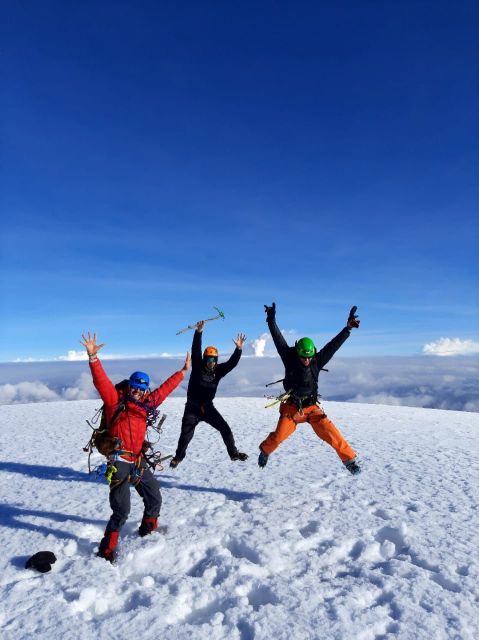 IMPORTANT! Please call us before making a booking within two weeks due to high demand. Dismiss